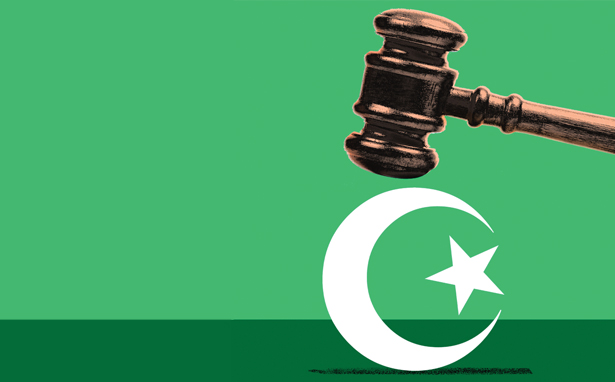 12 states in the Northern part of Nigeria have been practising one form or the other of Sharia law since 2012. These states are Zamfara, Kano, Sokoto, Katsina, Bauchi, Borno, Jigawa, Kebbi, Kaduna, Niger and Gombe.

However, the Nigeria 1999 constitution restricted the role of Sharia to only civil matters involving consenting Muslims.
In a very suspicious and clandestine manner, the whole country woke up one day to learn that a bill enforcing and expanding the role of Sharia had been introduced in the House of Representatives.

The bill is titled, a Bill for an Act to alter Sections 262 and 277 of the Constitution of the Federal Republic of Nigeria, 1999 to increase the jurisdiction of the Sharia Court of Appeal of the Federal Capital Territory and the Sharia Court of Appeal of a State by including Criminal Matters of Hudud and Qisas and for other related Matters.
The proposed law which was discussed briefly on the floor of the House of Representatives on Thursday May 19, 2016 has passed the second reading before being referred to the Committee on Constitution Amendment.

Implications of the bill

1. Sharia will be extended to all the states of the Federation.
2. Sharia jurisdiction or coverage will now cover not only civil matters, but criminal matters as well.
If passed into law, it deals a fatal blow on our faith and secularism. It completely removes all the restrictions on the Sharia and expands its application and coverage on all the states.
To properly understand it, you need to know what the 1999 constitution says on SHARIA in sections 262 and 277 which are similar.

It is obvious from the bill posted below the mischievous and evil plan of the Sponsor to delete sections 262 and 277 that protect Non Muslims from Sharia law. It also deliberately inserted criminal matters of Sharia as part of our constitution.

This is not only an affront to our Faith as Christians but a deliberate attempt to undermine the secularity of our nation. This is unacceptable and we condemn it vehemently.