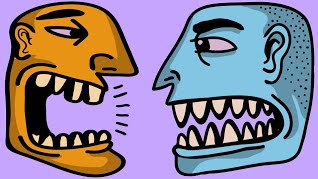 Details
04 Jan 2018
by Advocates for Freedom and Democracy

The Advocates for Freedom and Democracy wishes to draw the attention of well-meaning Nigerians, Diplomatic agencies and global community to the activities of frontline Islamic leaders and organizations, who seek opportunities, to ignite sectarian strife in Nigeria. It is saddening to recall how past activities and utterances emboldened and compounded Boko haram and rendered efforts at national consensus difficult. Indeed, it berthed the Fulani herdsmen phenomenon. These leaders had justified and ascribed the hate-induced ideologically-inspired activities of Boko haram religious deviants as poverty induced.

In the bid to ignite the sentiments of Muslims against the well-meaning onslaught of the Nigerian Army against an identified Fulani Herdsmen Terrorists’ Cell sometime in 2014, the Sultan of Sokoto and the acclaimed leader of Muslims in Nigeria, blurted out, as follows; “the Nigerian Army is killing Muslims”. This utterance stayed what would have contained the Fulani herdsmen invasion and terrorism, which has decimated Nigerian Hausas of the far North and other ethnic nationalities across Nigeria; displaced and impoverished them to the benefit of foreigners of the Sultan’s Fulani ethnic stock. It is instructive to note that neither the Sultan of Sokoto, his Nigerian Supreme Council of Islamic Affairs (NSCIA) nor Muslim Rights Council (MURIC) considered it patriotic to seek solutions to these national concerns, beyond occasional platitudes. Ditto, with open and blatant acts of murder, abductions and forced marriages under the supervision of Islamic trado-religious institutions.

Curiously, the above Muslim leaders and their organizations suddenly found their voice in the wake of the conduct of one Fidaus Amosa of the Nigerian law School, in an otherwise simple matter of discipline. We had expected Islamic leaders to call the subject ‘Faithful’ to order and cause her to submit to the Rules of the profession she freely elected to belong or submit to the authority of her God by opting out of a profession whose ordinances she considers offensive to her faith. Faith thrives on personal sacrifice, which is the reason for abstinence. It is therefore expected that a faithful Islamic Fiduas would decline being called to Bar, as a mark of commitment to her faith, where she considers certain ordinances of the profession offensive to her faith. This is the path of decency, discipline and faith which, good sense of responsibility obliges her to take. We do not see how this matter of election or choice could be construed as denial of religious right, for which Christians should be demonized.

Why the unprovoked hostilities against Christians?

In the premeditated bid to ignite the passion of their impressionable and ever-ready Mujahadeens (Islamic militias) against Christians, these Muslim leaders made allusions to ‘violent imposition of Christian’ values during the colonial era. We are proud of the Christian heritage, whose eternal value of ‘LOVE THY NEIGHBOR AS THYSELF’ defines our faith and upon which foundation freedom and modern civilization is established. Contrary to the lies being peddled by these sectarian leaders neither the colonialists, which dithered more to northern Islamic leaders, nor any non-Muslim Nigerian leader in post-independence Nigeria, made pretentions to running a Christian or Biblically-based government. No State in Nigeria under the leadership of any acclaimed Christian leader has based his leadership upon any ecclesiastical order or under the directive of the Church.

Sectarian consciousness neither enhance patriotism nor does it promote the spirit of nationalism. It is rather regrettable, that at a time when theocratic countries seek to relief themselves of religious weights for common national values, Nigerian Muslim leaders are devising sundry schemes at adopting, promoting and institutionalizing pristine theocratic values which have stifled the development and devilled them with humanitarian crisis.

We therefore call upon Nigerian Islamic leaders and compatriots to do serious introspection and seek end to terrorism, institutionalized injustice and under-development which are common traits in Islamic countries and communities. This is the leadership demand of the moment. Nigerian Muslim leaders should rise up to it.

Advocates for Freedom and Democracy
January, 2018