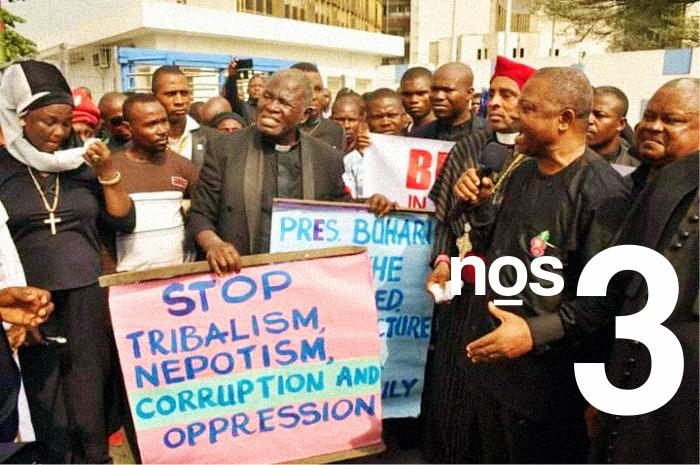 The clarion call in Nigeria today is “restructuring”. We wholeheartedly endorse this demand. The current structure of the country has proven, over a considerable period of time that it is incapable of fostering peace, unity, and progress.

However, while arrangements should be underway for the restructuring of Nigeria, there should be an immediate implementation of the Report of the 2014 National Conference. About 500 eminent Nigerians were gathered in Abuja in 2014 to propose constructive changes for Nigeria. The Report of the Conference has been ready but Government has not implemented it. It is crucial that immediate implementation should commence in the best interest of the nation.

Amongst many other useful decisions, the National Conference recommended thus:

On Sunday 19th March, 2017, every Nigerian Christian assembly, both at home and abroad, should SPEAK OUT against the GENOCIDE that is taking place in Nigeria. The persecution of Christians and willful murder of ethnic nationalities by Boko Haram, Fulani herdsmen, and discriminatory security forces on the basis of religious intolerance should be highlighted for the whole world to hear. The ineffectiveness of the Government to put an end to these attacks should also be exposed.

CAN advises that Christians should come out and stand in front of their places of worship and make statements to be covered by the media, particularly TV stations. Nigerian Christians in Diaspora should be able to actively utilize media coverage to draw the attention of the whole world to the genocide taking place in Nigeria.

This program is not meant to affect Sunday Worship Service. It can be done immediately after the worship service directly in front of the place of worship.

Please pass the information to every Church leader. Every Church should participate.

From Thursday 16th March, 2017, please visit www.canng.org and www.csmnigeria.org to download the paper to be presented on that day. CAN has articulated the issues in a presentable format for the ease of Church leaders to read during the program.

Join in the National Christian Day of Prayers and Mourning.