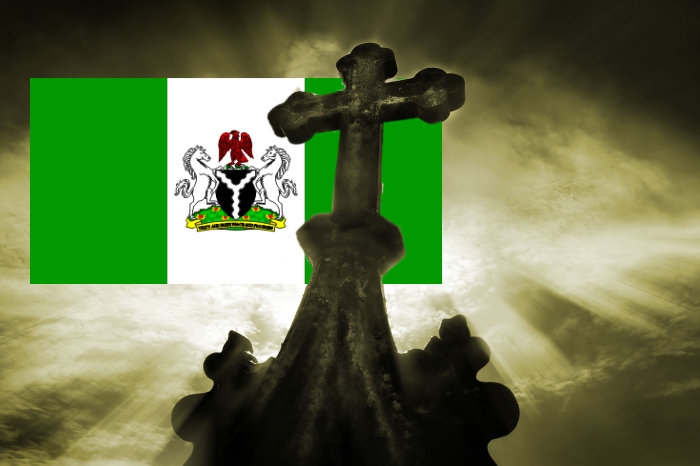 1.Nigeria is said to have a population equal in number of Christians and Muslims yet Christians have to rely on the generosity of the Muslim promoted parties to participate in government as reflected in the three arms: the Legislature, Executive and Judiciary, where Christians are regarded as minorities because only few Christians occupy the apex arm of government.

2.                  Nigeria has, in effect, been a secular state from the time of amalgamation. Lugard said “the British government would not interfere with the religions of the people and every man should be free to worship God as he chose” until 1975 when the Military decided to transform Nigeria to “a multi-religious country” with the overthrow of General Gowon and some Christian Clergy were brought into this ploy.

3.                   This desire by the Military to transform Nigeria from a secular state to a multi-religious country, was the first step in the strategy to full blown Islamic Caliphate.  It was also responsible for the overthrow of President Shehu Shagari, who, though a Muslim is not an Islamist.

4.                  The Islamists in the Military were motivated by crave for power, wealth and admiration for the Muslim Brotherhood of Egypt, the originators of Islamism or Political Islam.

5.                  The Islamists hold the view that Sharia and Democracy are incompatible. Military President Babangida in his ‘transition without end’ was unable to marry the two ideologies.  Their incompatibility stem from the use of force (jihad) in Sharia and persuasion and rule of law in Democracy.

6.                  British colonialism laid the foundation for Islamism by protecting the Hausa/Fulani as an ideology – “a system of rule and of society of which an important ingredient is the operation of Muslim law” – (Willinks Commission).  Nigeria already had a Caliphate that has provided the first step - Sharia for the ultimate world Caliphate.

7.                  Islamist principles of Taqiyya (deceit) and Mukharabat – (Islamist operatives) came handy with the re-organization of the Intelligence Service by military President Babangida who ensured that Jihads – both stealth and civilization were employed surreptitiously by the Intelligence Service to change the character of Nigeria from a secular state to a multi-religious country, as the first step to a full blown Islamic Sultanate.

8.                  The problem of division in the country today, we believe is caused by the clandestine method being employed by the Islamists in Nigeria to achieve this change in ideology with the instrumentality of the Intelligence Service to transform Nigeria from secular to a “multi-religious” country.  The SSS and, its alias, DSS, constitute a hostile Intelligence Service against non-Islamist Nigerians by the way they operate.

10.               The competition or lack of co-ordination between the Intelligence and security agencies in Nigeria can be identified with issues between the Islamists on the one hand, against other Muslims and non- Islamists on the other hand, which explains why certain Nigerians are regarded as indispensable notwithstanding Senate refusal to confirm the Islamist candidate.  Nigeria is also polarized on religious grounds, Muslims and Christians are not only in divisive competition but also at the mercy of Boko Haram and Fulani herdsmen.

13.                Nigeria, as a country, has sufficient resources to stop the divisive policy of North and South, indigenes and settlers, etc by withholding Federal Allocation, the “nation’s commonwealth” from offending states until such policies are discarded.  The Islamists dominated Federal government is in conformity with the Sharia principle of superiority of Islam over any other Religion.  Islamists must therefore dominate others.

14.               All attempts by the National Christian Elders Forum (NCEF) to unite Christians and turn CAN into an institution is being frustrated by some Church leaders, as agents of Islamist Jihad who regard the CAN Trust Fund as “monies required by some Christians to commence a crusade” in order to pauperize the Association and ensure that Christians remain attached to the apron string of the Caliphate.

15.                Some Church leaders, advertently or inadvertently, have become instruments in the hands of the Islamists in the pursuit of stealth jihad, by entrenching the practice whereby the wealth of the country (oil and gas in Christian areas) are controlled by the Islamists or their agents, who select Christian leaders to speak for or against as the issues demand but always to encourage Christians to turn the other cheek.

17.                Christians have enough resources for proselytizing, yet some Church leaders go cap in hand begging Islamist controlled government for funds. This Islamist funding has made some Church leaders, and not their Churches, very rich. In the process, they subjugate their dogma and ideology to suit the Islamists that want Nigeria to be part of the world Islamic Sultanate.

18.               Stealth Jihad has been used on some Church leaders who go cap in hand begging the Caliphate for funds, notwithstanding the fact that their Churches are very wealthy and have sufficient funds to meet the needs of the Church, yet became a victim of Jihad to satisfy the greed of the Church leader.

19.               Most of the above issues are political which require political solution.  The National Christian Elders Forum (NCEF) therefore recommends that Christians in Nigeria, especially those educated and regarded as elites, break away from Islamists promoted political parties to one that we, Christians, can identify and call our own because of its philosophy and ideology.  These include:

20.       At a time like this, Christians must promote principles that are either derived from or at least compatible with, Christianity and the Bible as it contains Covenant of Law i.e. the Old Testament and Grace which is redemption through man’s faith in Jesus Christ.

21.        What have you as a Nigerian, more importantly, as a Christian done for Nigeria?

If you have done nothing please don’t be used as an instrument of stealth jihad, now, or in the future.  Identify with a political party or parties we Christians call our own in the promotion of Nigeria as a Democratic country bounded by the rule of law, unity, peace and progress and above all, bring Grace – the New Testament to all those who are yet to receive this grace.

Register at http://csmnigeria.org/sign-up and encourage other Christians to enroll. We need unity of Christians to overcome the threat against the nation.